Between c.1695 and the 1830s hundreds of Roman clay coin moulds and a number of funnels, crucibles, and cast coins were found at Lingwell Gate, near Wakefield. These objects had been made, used, and discarded through the process of creating cast copies of Roman silver coins (denarii) in the early 3rd century AD. Lingwell Gate is one of the most productive known sites of Roman coin copying in Britain. 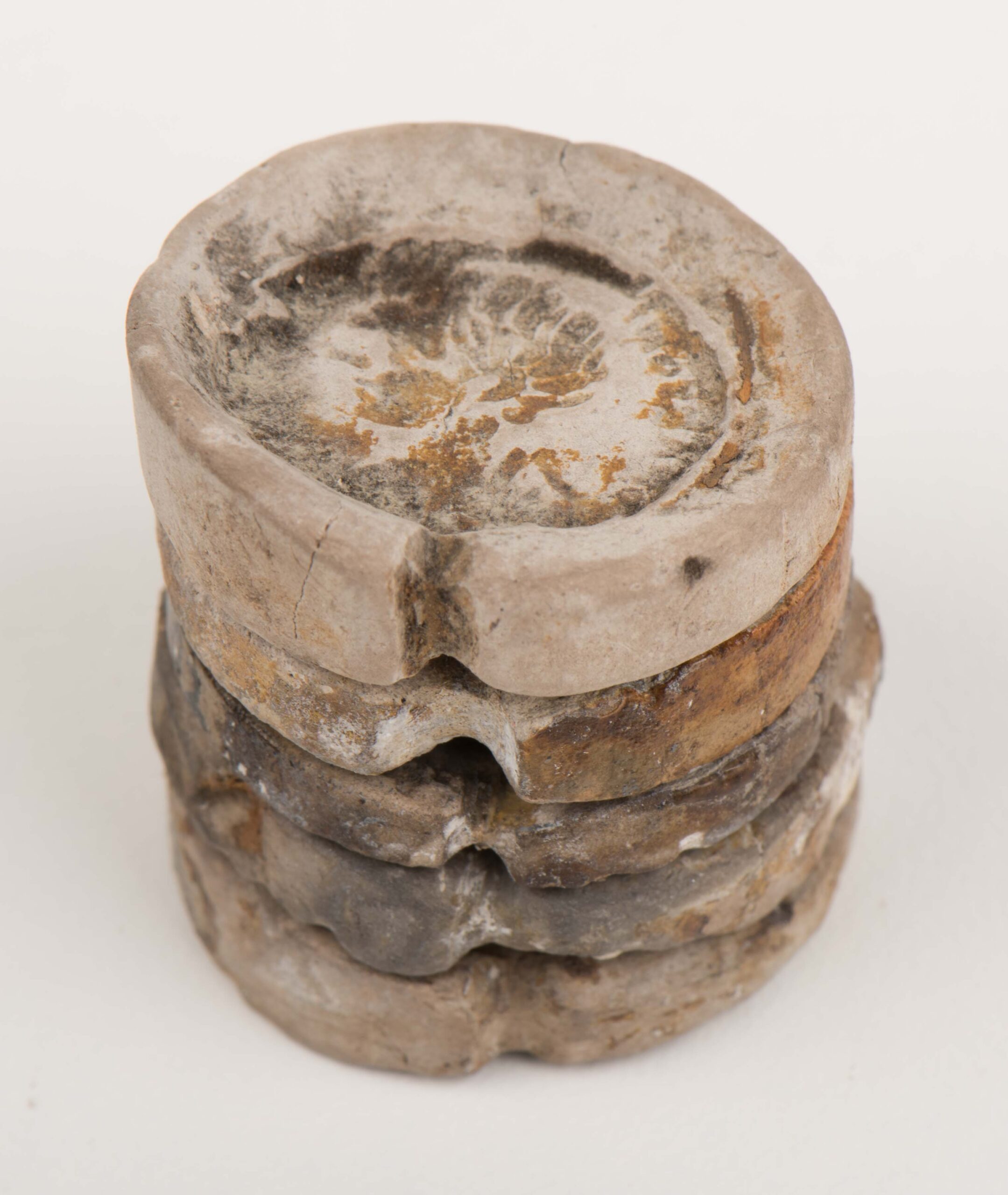 Coin moulds and other coin casting objects were found at Lingwell Gate on at least 13 different occasions over the course of 150 years, and finds from the site passed through the hands of at least 33 individuals. To date over 300 moulds and one funnel from the site have been successfully traced in eight museum collections, including 54 at the Yorkshire Museum and 67 in the Wakefield Museums and Castles collection. There are undoubtedly many more still untraced.

The site and finds from Lingwell Gate have the potential to offer invaluable insights into a little-understood period of economic change in early third century Roman Britain. They tell the story of how people living near Wakefield 1,800 years ago were affected by and responded to Roman imperial rule.

In 2019 the Yorkshire Museum was awarded a Money and Medals Network Regional Research Fellowship grant, funded by Arts Council England, to trace, identify, and reassess the fascinating finds from this site. The results of this project have been made publicly available in this report.

If you know the whereabouts of any further Lingwell Gate objects or have any questions please contact Emily Tilley, Associate Collections Curator, York Museums Trust, at Emily.Tilley@ymt.org.uk